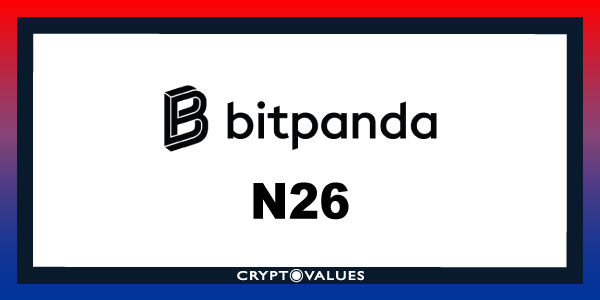 The path into the crypto world of Berlin-based German bank N26, which announced in July 2021 that it would introduce digital currency trading capabilities within its accounts, continues.

So albeit belatedly compared to what other banking institutions have done, N 26 has decided to jump on a runaway train and has begun a journey that has resulted in the news of a partnership with the Bitpanda exchange to offer cryptocurrencies to its customers.

Indeed, as was the case with Austria, the country with which the experiment began, the partnership with the Austrian exchange continues, in a context where cryptocurrencies purchased by customers will remain within a closed system. It will therefore not be possible to move assets outside the custodial wallet offered by N26.

The $9 billion European digital bank thus aims to simplify cryptocurrency trading by eliminating confusion, wait times, and the need to download a new app. Users will be able to trade cryptocurrencies directly from their bank account.

Currently, the approximately 500,000 Italian customers are excluded from this opportunity.

N26 will allow users to trade 200 coins with fees initially of 1.5 percent for bitcoins and 2.5 percent for altcoins, with the possibility of discounts through membership in a particular subscription.

The continuation of the agreement between the two important entities such as N26 and Bitpanda aims to simplify and encourage investments in cryptocurrencies, making them affordable for everyone, and is a strong signal of the continued growth of the crypto sector, which is increasingly present in the offerings of investment funds, banks and financial institutions.